In 2005, Unity 101 Community Radio Station was awarded its permanent community radio licence, making us the 8th community radio station in the UK to receive this prestigious status.

In January 2013, we celebrated this milestone at our glitzy annual anniversary event at the Novotel Southampton, alongside celebrating our achievements and the successes of our volunteers, organisational partners and the community. Each year as we continue to go from strength to strength, we always adhere to our motto, “to the community, by the community, for the community”.

Over the years, Unity 101 has become part of the fabric of Southampton, celebrating and sharing the city’s rich Asian and ethnic cultural diversity more than any other local organisation. As well as being celebrated locally, we received national recognition in 2012, when we won the Queen’s Award for Voluntary Service for “promoting community cohesion through a multi language broadcasting service”.

For 2014, we have adopted the theme of “engaging” and our aim is to engage and involve more people from Southampton’s wider community. 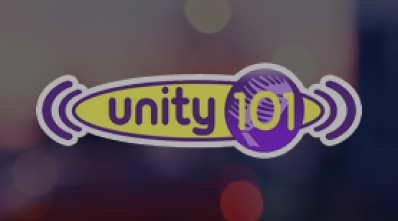 Sahil and Imdad present Tang Tokor (meaning the sound of table) a programme for Southampton's Afghanistan community in Pashto and Dari[...]