Unity 101 to celebrate a decade of success

Unity 101 to celebrate a decade of success

Unity 101 will be celebrating its 10th Anniversary over three spectacular days, making it the biggest diversity, community media and achievements celebration Southampton will have ever seen.

Plans are being made to make sure our celebrations, scheduled for January 2016, will reflect our decade of successes and our positive impact on community cohesion and diversity across Southampton.

As an independent voluntary organisation, we have gone from strength to strength since our humble beginnings in 2005. We were one of the first community radio stations in the UK to be awarded a permanent community radio licence from Ofcom.

Ofcom says: “Community radio stations provide a new voice for hundreds of local communities across the UK. Fuelled by the hard work and enthusiasm of volunteers, they reflect a diverse mix of cultures and interests and provide a rich mix of mostly locally-produced content.”

In 2012, we were recognised at the highest level, with the Queens Award for Voluntary Service for “promoting community cohesion via a multi-lingual broadcasting service.”

Our three-day anniversary spectacular will start off with an evening of awards, recognising the achievements of our many volunteers and local organisations who, like Unity 101, strive to promote community cohesion.

Day two will be a live music concert, reflecting the ten years of music played on Unity 101’s airwaves.

And on the 10th day of the month, we will celebrate our 10th with a special Dinner and Dance. 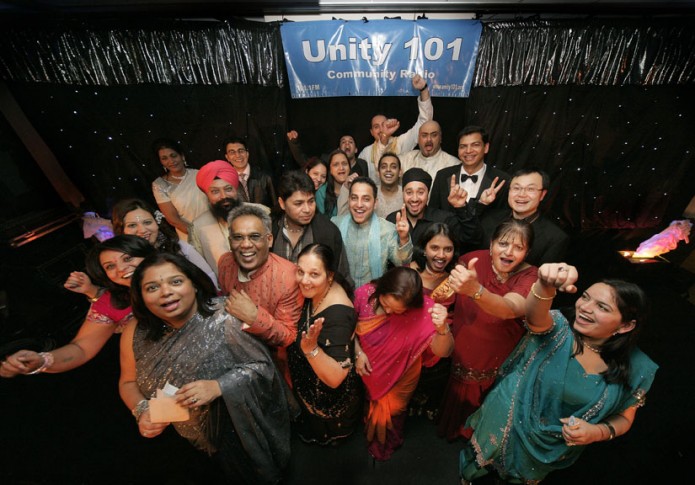 Raghave personality is a mix of smart flirt and bit emotional guy. “Moods n Melodies” as this show is all about the beauty of music which has the power of switching your mood in just a “CHUTKI”.