The creativity of poet, storyteller, actor and former Unity 101 presenter Davis Deen, aka Coco P, knows no bounds. From acting on theatre stages to performing in BBC radio plays to presenting his own radio show, Davis can now add author to his list of talents following the release of his debut book, “Tales of Survival – Caribbean stories and poems”.

Born in Trinidad & Tobago and living in Hampshire for over 20 years, Davis brought the exotic music of Trinidad & Tobago to Unity 101 when he presented the ‘Coco P Caribbean radio show’. However, earlier this year, he left the station to dedicate more time to his literary pursuit. His book is a collection of Caribbean stories & poems based on his upbringing “back home”, celebrating & sharing the folklore, heritage & culture. It features some of the popular Anansi stories, but with a twist, Davis’s own unique take on the tales.

With such happy tales, one wonders where the “survival” part mentioned in the title stems from. Says Davis, “Tales of Survival is based on my grandmother and the older people in the community I grew up in. I’ve dedicated it to them. I was raised by my grandmother, she took in my mother, my siblings & I after my father died when I was young. She raised us. In fact, we were raised by the community, all the children were. But times were hard, the elders were working the cane fields, we got by.”

The book is written in both Davis’s Caribbean dialect and British English. Says Steven O’Brien, Editor of London Magazine, “Deen’s writing thrives, as if the tropical foliage of the tongue has parted to reveal all the spice, sweat, laughter and life of the green islands”.

Davis, who has built a good reputation across the region’s carnival, schools and arts community, is currently doing book launches across Hampshire and the Isle of Wight. He says, “Seeing the reality of my printed book makes me happy. It took almost two years to write. I feel inspired in Hampshire – the greenery is reminiscent of home & it’s near the sea. Living here keeps me filled with the beauty of my homeland and the beauty of my current surroundings and writing the book enabled me to express this and turn my thoughts and feelings into words. I look forward to the joy that people will experience when reading.”

Veronica Gordon, presenter of Unity 101’s ‘Vibrant Vibes radio show’, had a sneak peak of the book and smiled, “The book is filled with Trinidad dialect and I can almost hear Davis’s sweet Trini tones as I read. My mum is a Trinidadian and they have one of my favourite accents. I’m looking forward to reading it. So far, I’m loving the Trinidad-Caribbean English glossary at the end of the book. Reading through it and seeing Trinidadian words that my mum uses – those I’ve heard since childhood –makes me smile. There’s ‘bacchanal’, meaning trouble or mayhem; ‘lime’ to chill out or socialise; ‘wotless’ meaning worthless or unmannered; ‘dotish’ meaning stupid and so many more!”

The Kindle book can be purchased on Amazon. For hard copies, email info@cocop.co.uk.

Amazon link to the book. amazon.co.uk/tales-survival-ca… 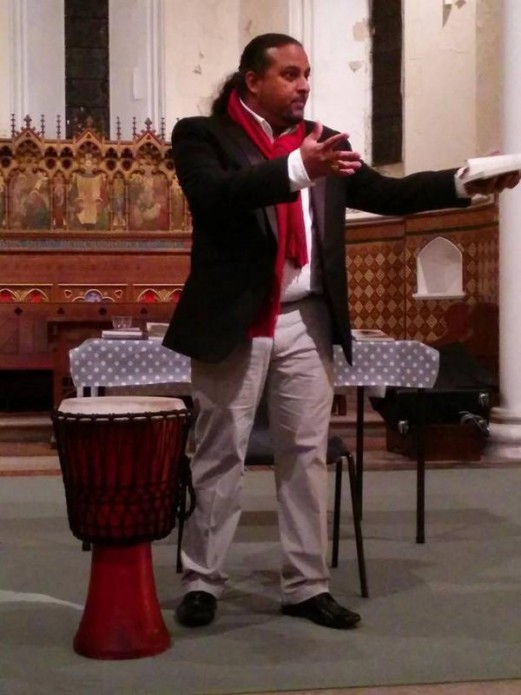